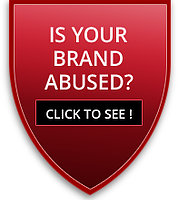 Counterfeits are common in every industry, and the food industry is no exception.

Around the world, food fraud is a real and serious issue. China, the biggest manufacturer and consumer of counterfeits in the world, is also known for fake food.

Want to protect Your Brand?

Food fraud is a well-known problem that has been prevalent for many years. When you order pasta with truffle oil, do you know if the oil is the real thing?

And how about extra virgin olive oil? Or wine? Probably not. And what about ingredient lists? Expiration dates? Of course not. This is true for individuals and businesses, such as restaurants, grocery stores, and online food stores.

Food fraud is the act of selling food or drink in a way that intentionally misleads or deceives buyers, whether individuals or businesses. Food fraud takes many forms and involves intentional misrepresentation, alteration, substitution, dilution or otherwise tampering with a food product.

When we say “fake food,” the term describes various issues.

Fake food can be harmful. The Chinese authorities have passed laws and regulations to improve food safety in China. In 2009, China passed the National Food Safety Law.

Since then, it has amended the law and passed regulations aimed at improving the country’s food safety. But food regulations are not easy to enforce, and food fraud is still all too common.

It was reported that in 2016, the Chinese government found 500,000 (!) food-safety inspection violations during a nine-month period. And just this week, China Food & Drinks Fair in Tianjin presented so many counterfeits that professionals described it as “Disneyland of fakes.”

China has a history of food poisoning, malnutrition, and hospitalizations. The list is long. It includes contaminated wheat protein, sewage used in the manufacturing of tofu, honey diluted with beetroot or rice syrup, poisonous food, the use of industrial salt, and contaminated baby formula, to name a few.

The investigation revealed a lack of protein in the powder. In 2008, baby formula adulterated with melamine resulted in kidney disease in infants.

Melamine, used in plastic production, was intentionally added to try and comply with food quality testing implemented following the 2004 tragedy. Six babies died, and an estimated 300,000 were affected by it.

Shortly after, adulteration with melamine was also discovered in eggs. The reason was the addition of melamine to animal feed despite a ban on the practice. The scandal has prompted other brands to check for the chemical, and several international brands have been affected.

Cadbury, for example, found excessive amounts of melamine in some of its chocolates made in China. Other incidents include wheat gluten contaminated with melamine that caused pet deaths in the US. 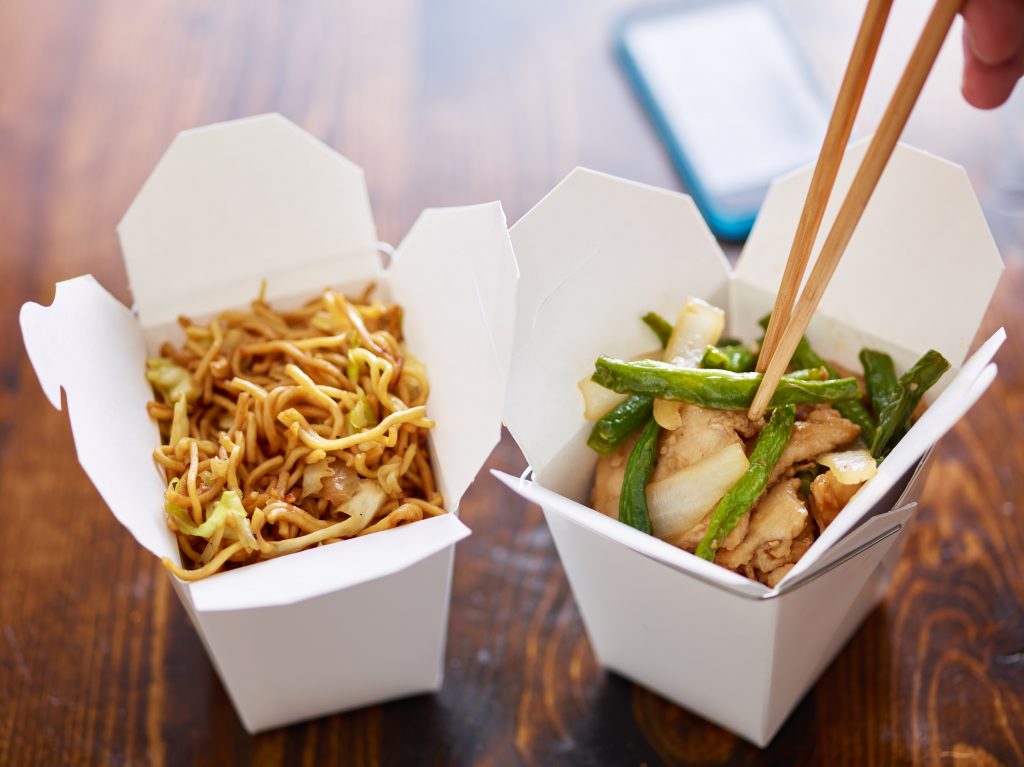 China is vast, and its agri-food industry is massive and complex.

It is also an industry characterized by an enormous number of small farms. The sheer number and distances make them difficult to regulate, but this is only part of the story.

As reported by Bloomberg, farmers in China often cultivate small farms on government land. Since it is not easy to sell or buy land, farmers try to get more out of their farms through the overuse of drugs, fertilizers and pesticides.

In 2021, Chinese consumers were made aware that sheep farmers give their sheep clenbuterol to enhance growth. Clenbuterol is a drug that has been banned because it is related to health problems in humans.

In the past, clenbuterol was found with chicken and pork farmers. Another study published in 2020 interviewed chicken farmers and found that “75% of farmers used antibiotics in the prohibited list.”

Excessive use of antibiotics is associated with health problems, food contamination, and other issues.

Health problems are also associated with food manufacturing in China.

Fake seasoning found in China in 2017 consisted of ingredients like industrial salt that is banned in food because it may be hazardous to human health. Almost 50 factories were involved in the manufacturing operation.

Reports say the fraudulent network grew unchecked for over ten years before it was uncovered by The Beijing News, enabling production on a large scale.

Chinese authorities found popular products such as soy sauce, vinegar, and chicken stock. The final products had labels of brands including Maggi, Knorr, and Nestle.

Food fraud is found in every category, including wine.

Recently, the Chinese police uncovered a network involving the production, distribution and sales of counterfeit Penfolds, an Australian wine brand.

The police found nine counterfeit wine manufacturing facilities for Penfolds. The value of the fake Penfolds found in the recent operation is estimated at over $20 million.

According to the report, the counterfeiters focused on e-commerce, selling the fake wine bottles online, complete with anti-counterfeit stickers.

About a month after that, imitations of Penfolds were also found in China. The bottles were made to appear like Penfolds, with labels and fonts similar to the original brand but with slightly different names, like Benfords.

Wine fraud affects many other brands. Criminal proceedings over the counterfeiting of international brands resulted in a 2020 victory for the Bordeaux collective trademark after a Chinese court convicted the counterfeiter. 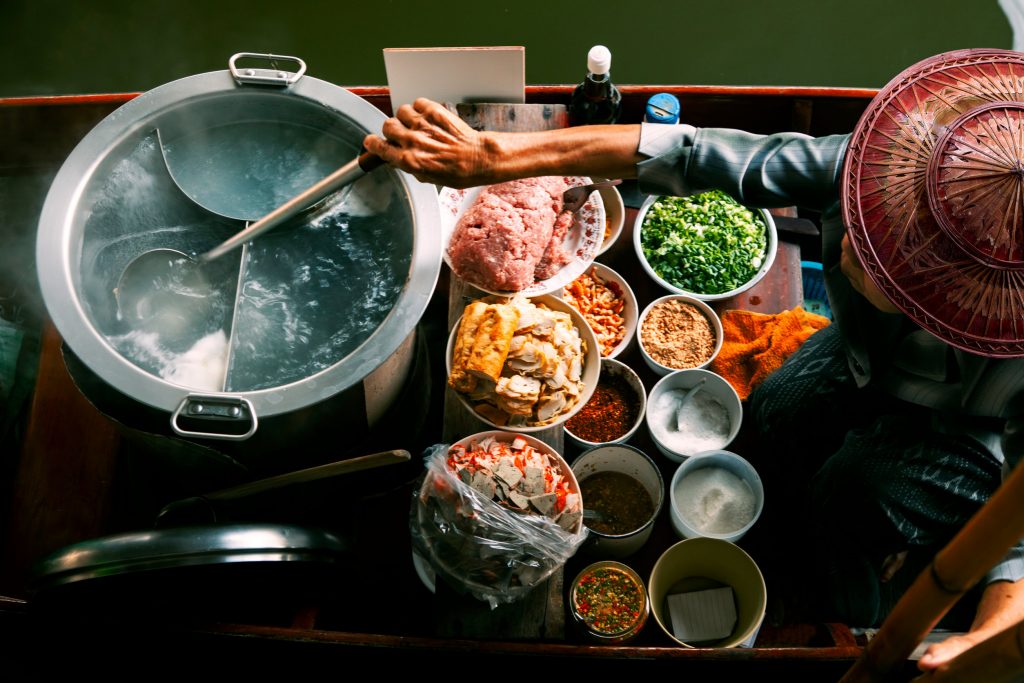 Fake expiration dates are another way that fraudsters deceive consumers and can harm legitimate brands.

In one incident, Chinese authorities investigated a scheme to change expiration dates on bottles of imported olive oil and sell them to distributors in China.

The police seized about 10,000 such bottles worth about $1.3 million. The 2017 report mentioned three brands of olive oil – San Giuliano and Clemente from Italy and Natura from Spain.

Following an investigation by the FDA’s Office of Criminal Investigations, the Department of Justice announced in 2019 that Xu Jia Bao of China was sentenced in Texas in connection with a scheme to sell mislabeled dietary supplements.

Xu worked for the Shanghai Waseta International Trade Co. Ltd., a Chinese company that sold ingredients for use in supplements. He admitted that he agreed to sell synthetic stimulant ingredients to a dietary supplement manufacturer in the U.S., knowing it would not be accurately labeled.

The supplement included DMHA, a substance he knew American manufacturers may refuse to add, therefore agreeing to the false label.

Cases of food fraud have created a distrust of Chinese consumers in local food products. A study conducted in China identified a “general sense of insecurity, anxiety and disapproval about the state of food products in the country.”

The 2020 study reports that Chinese consumers often apply self-protection strategies to try and avoid the consumption of counterfeit food, such as researching products before making the purchase.

As recently as July 2021, China has announced a three-month crackdown on online food counterfeits and fake certifications. Online platforms especially have cases of counterfeit food, and threats grow with the increase in online shopping following COVID-19.

As for consumers globally, most countries import food or ingredients from China or elsewhere. Although there is no doubt imported food should pass local inspections, this is often not the case.

In the US, the FDA inspects imports, yet it was reported that less than 1 percent of food imports were examined in 2018.

Food fraud is a prevalent issue in China, but it is not unique to China.

At Wiser Market, we believe in being proactive and stopping those who damage your brand and revenue. We work with customers across various industries and offer a comprehensive online brand protection solution, from detection to taking down fake products.

The Wiser Market solution combines cutting-edge technology and expert eCommerce know-how. Our advanced monitoring system and dedicated team provide you with an automatic brand protection solution designed to ‘take the pain away’.

We do the hard work required to safeguard your brand so that you can focus on growing your business, while knowing that your consumers get the real deal – without falling victim to piracy or fraud.

Want to protect Your Brand?

Get a FREE Brand Check

What is food fraud?

Food fraud refers to the sale of food or drinks in a way that intentionally misleads or deceives consumers, whether individuals or businesses. It takes many forms and includes misrepresentation, substitution, addition, or tampering with food ingredients, the final food product, and/or packaging.

What are types of food fraud?

Food Fraud can cause health problems for consumers, undermine food safety, damage brand revenue and reputation, and cause environmental damage and other issues. 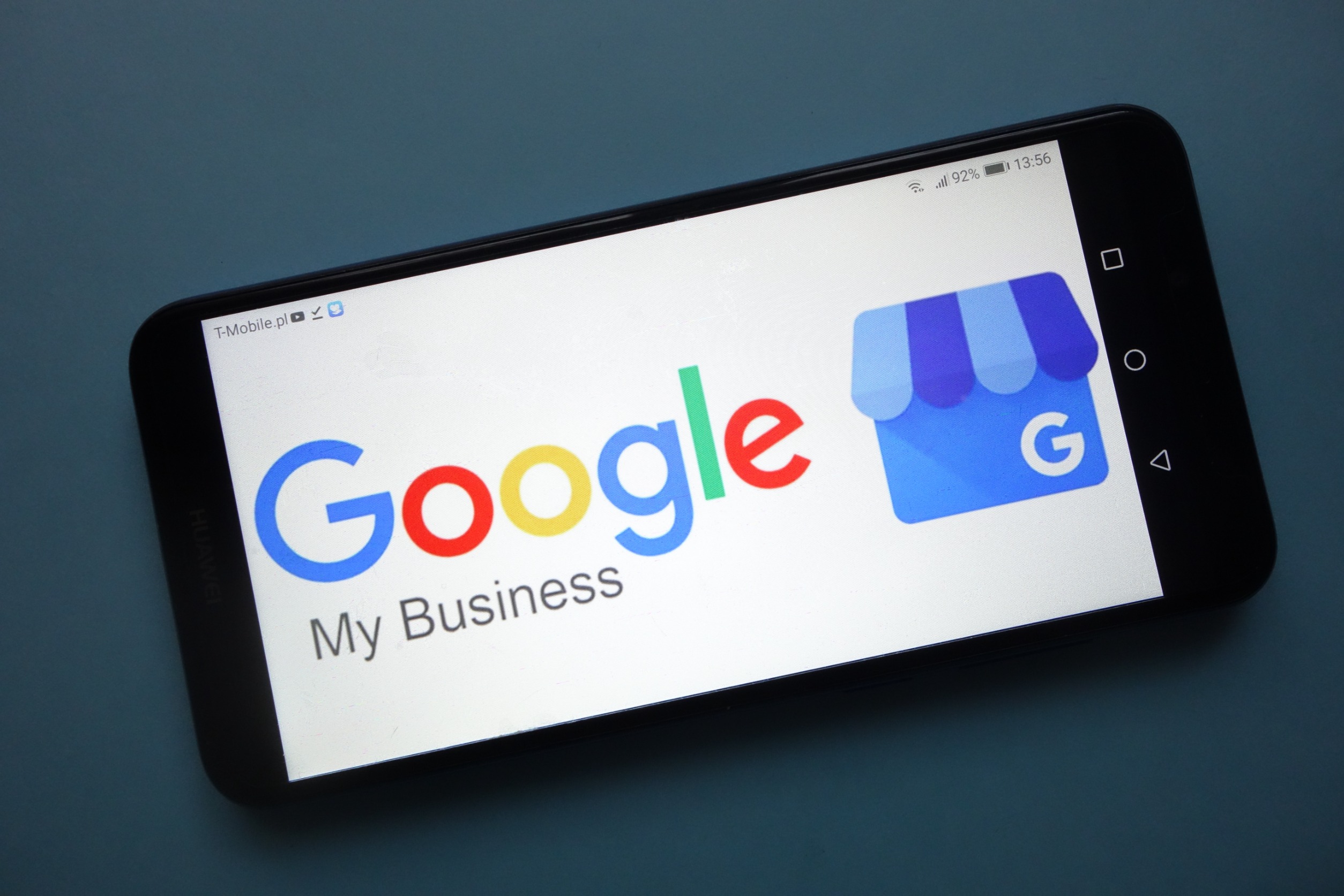 How to Take Down a Fake Business… 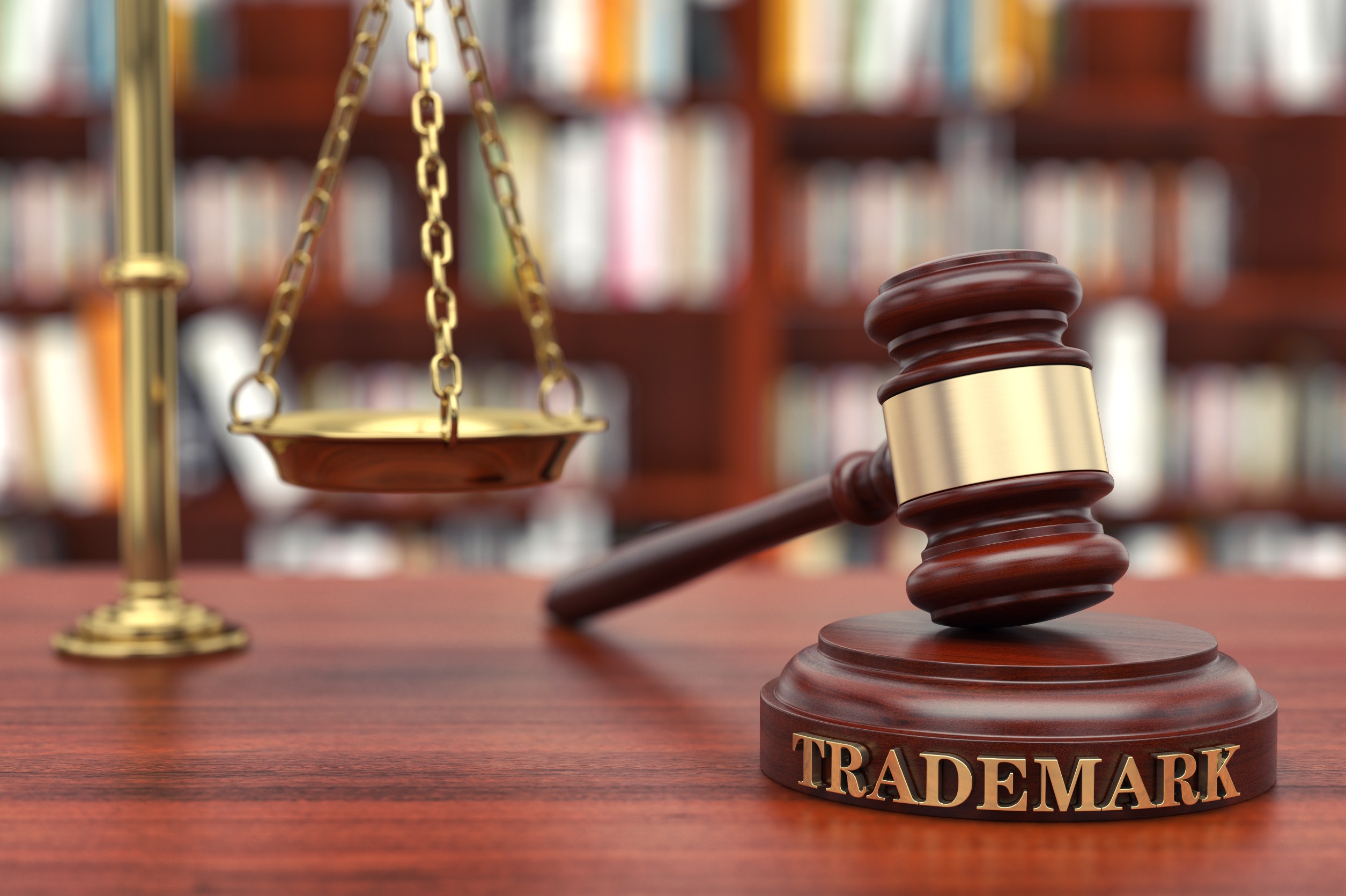 How to Prevent Trademark Squatting 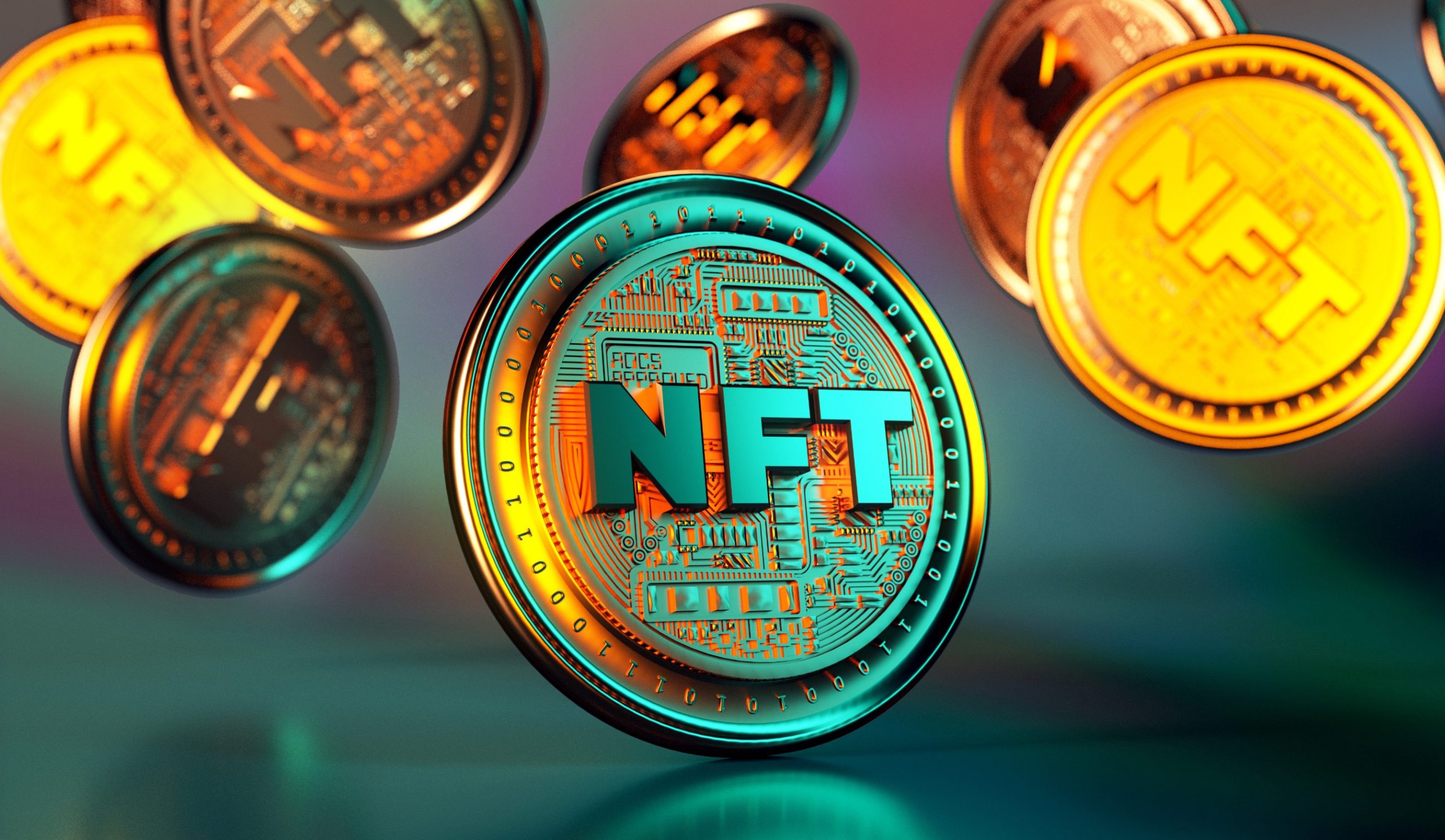